Asphalt also known as bitumen is a sticky, black and highly viscous liquid or semi-solid form of petroleum. It may be found in natural deposits or may be a refined product; it is a substance classed as a pitch.  One of asphalt’s most amazing and beneficial characteristics is that it is impervious to water as well as many other substances.  Man has taken advantage of this attribute for thousands of years.

Asphalt is one of the world’s oldest engineering materials, 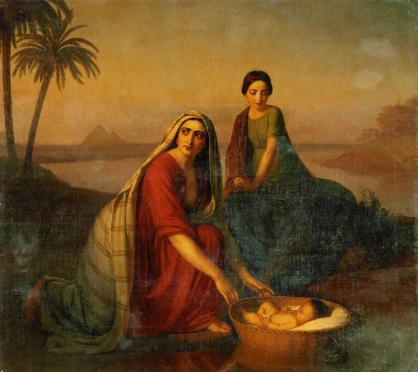 having been used since the beginning of civilization. Around 6000 B.C. the Sumerians had a thriving shipbuilding industry that produced and used asphalt for caulking and waterproofing. As early as 2600 B.C. the Egyptians were using asphalt as a waterproofing material and also to impregnate the wrappings of mummies as a preservative.  We know that the ancient Greeks were familiar with asphalt and its properties. The word asphalt comes from the Greek “asphaltos”, meaning “secure.” The Romans changed the word to “asphaltus,” and used the substance to seal their baths, reservoirs, and aqueducts. Moses basket was coated with asphalt so it did not sink. 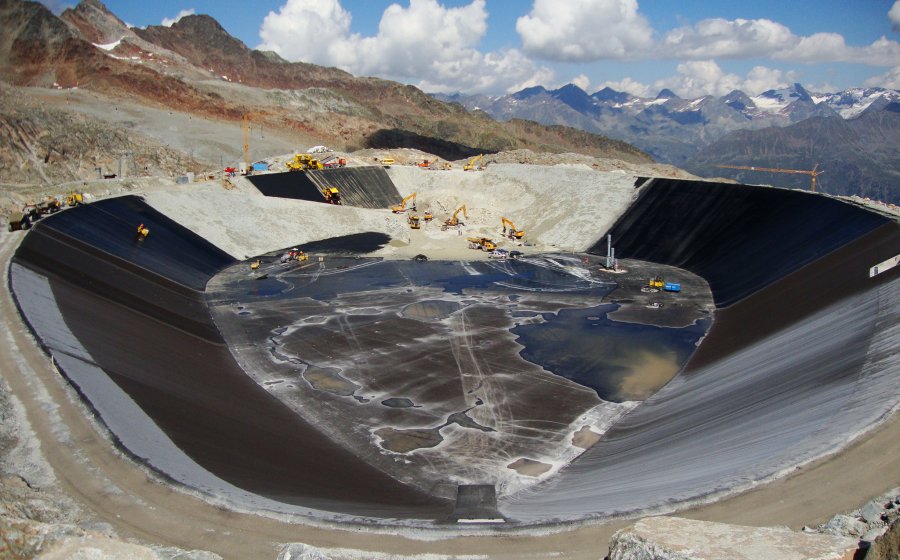 The Soelden Snow reservoir in the ski resort of Soelden, Tyrol in Austria was built to store water to supply snow cannons for the production of artificial snow. At an altitude of approx 2,930m above sea level, close to a glacier, it has a usable storage volume of some 400,000m3. To prevent the loss of water through leaks and damage due to weathering in extreme temperatures, the most impermeable, strongest, yet still flexible liner possible was required and specially formulated Dense Asphaltic Concrete (DAC) was specified. 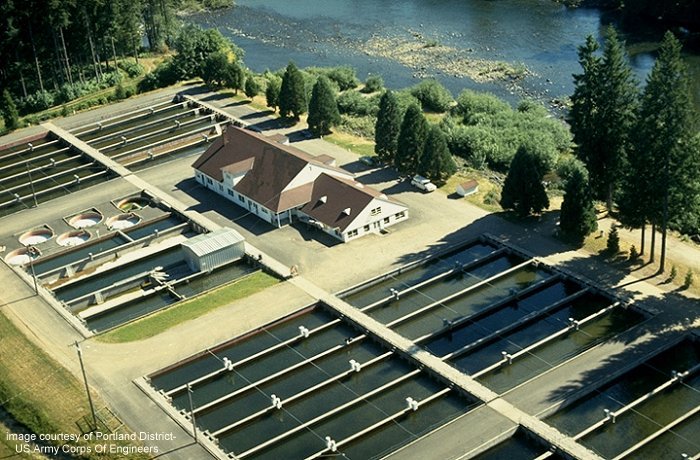 agencies in Oregon and Washington began using asphalt pavements to line their fish rearing ponds in 1987.  Their fish hatcheries, where the young fry are highly sensitive to chemicals or other contamination, are also lined with asphalt. From sensitive fish hatcheries

And that’s just the beginning of the many uses of asphalt for clean water. 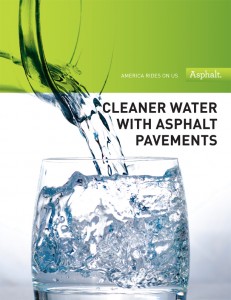