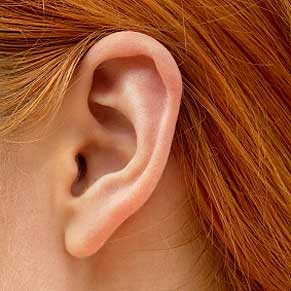 The first documented noise regulation in the world dates back to 44 BC when Julius Caesar declared: “…no wheeled vehicle whatsoever will be allowed within the precincts of the city, from sunrise until the hour before dusk…” Back then, the ruler of Rome didn’t have a team of engineers with technical instruments to help him assess the road noise-he just felt it was too loud and did something about it.

Times have changed and technology has evolved. It wasn’t until the last century, in 1924, when a group of engineers working at Bell Telephone Laboratories invented a measurement and a scale that would help the world quantify the measure of sound. The team devised a new unit of measure called the decibel (dB), named in honor of the laboratory’s founder and telecommunications pioneer Alexander Graham Bell. Later, the (A) was added to denote decibel levels for the human ear.

Using the newly created decibel scale and new measuring devices called decibel meters, scientists around the world began to measure everyday sounds such as leaves rustling in the wind, a conversation between two people, and the sound of vehicles traveling on roads-all in an effort to better understand noise and how it affects humans.

For most of us, a fire engine siren, a jackhammer and an 18-wheel truck can be very loud sounds. Instinctively, we cover our ears and distance ourselves from the noise because sound levels decrease the farther we move away from them. Our bodies instinctively know to move us away from the sound of a jackhammer to protect our ears. But how do we explain why people on the fire engine, the person using the jackhammer and the driver of the 18-wheeler are able to work with all that noise?

The answer is: everyone hears differently.

To understand this better we have to follow one simple rule-there is no precise definition of what is loud because the perception of loudness (or noise) is different for everyone. Julius Caesar thought the sound of horse-drawn carriages and fruit carts being pulled through Rome was so unpleasing that he created a new law. Can you image what he might do today if he heard the sound of a 12-lane highway at rush-hour?

Think about the last time you were walking down the street and a fire engine roared by with its siren turned on. At 100 dB(A) or more, a fire engine is a significant contributor to noise pollution. If the same fire engine passed by with a siren10 dB(A) higher than the first one, you might think the noise you are hearing is two fire engines, not one.

So the definition of loudness (or — the definition of “loud”) is really up to you. Can you stand in front of speakers at a rock concert listening to 120 decibels for three hours? Or do you prefer the sound of a 60 decibel conversation with a friend? How long can you mix something in a blender at 80 decibels? That’s right-it’s all up to you and how you hear.