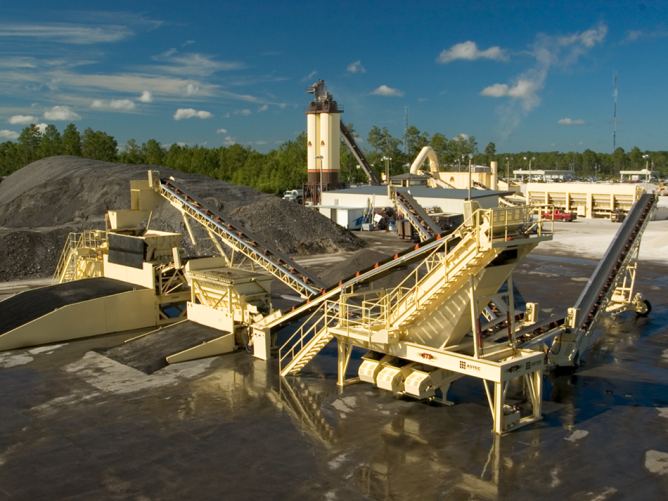 than $35 by 1981.  Suddenly binder costs, only 5% of the total mix, were now 68% of the mix materials costs.  This dramatic price increase, the aging of the U.S. highway system and the realization both aggregates and binder could be recovered from old, removed asphalt materials made their re-use an economically sound practice.

Virginia has been a leader in successfully recycling asphalt pavements for almost 35 years beginning with a 1979 experimental project in the Richmond District where 50% Recycled Asphalt Pavement (RAP) was successful incorporated into Virginia Department of Transportation (VDOT) maintenance overlays.  These mixes and their performance were monitored by the DOT’s Research Council and were documented to have equal or greater performance than conventional, all virgin materials asphalt mixes.  Following a second successful project in the western part of Virginia in 1980 VDOT adopted a permissive specification allowing the incorporation of Recycled Asphalt Pavement (RAP) in all VDOT mixes.  Virginia’s asphalt producers began to successfully incorporate RAP into their DOT approved mixes at percentages ranging from 10%-50%.

The successful use of RAP in asphalt mixes became common practice throughout Virginia and much of the rest of the U.S. in the 80’s and 90’s. 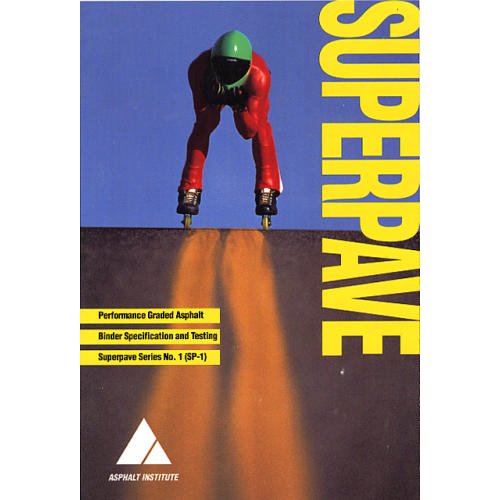 In 1987 Congress established a five (5) year, $150-million research program called the Strategic Highway Research Program (SHRP) with the goal of improving the performance and durability of the U.S. highway system.  A considerable portion of SHRP was dedicated to asphalt research and eventually led to a new asphalt mixture design and analysis system called Superpave. Superpave stands for SUperior PERforming Asphalt PAVEments. The Superpave system includes a performance-based asphalt binder specification, a new mix design analysis system, many new test procedures, and new equipment.  The first phase of the Superpave Mix Design System was put in place in 1996 with the national adoption of the Superpave Performance Grade (PG) Binder System replacing the variety of viscosity and penetration grading system in use.  The PG specification uses tests to measure physical properties that can be directly related to field performance by engineering principles.

Because RAP mixes were not incorporated into the SHRP asphalt research program no guidance for the use of RAP in HMA by the SHRP researchers.  The effects of aged binder from RAP on the new PG binders were not known so allowable RAP percentages were greatly reduced as the binder suppliers switched over to the new grading system.  FHWA released initial guidance for RAP use in Superpave using a tiered approach where softer (and often unavailable binders) were required when RAP contents exceeded 15%.  Virginia’s success with up to 50% RAP in surface mixes led VDOT to compromise at an upper limit of 20% for surface and intermediate mixes.  This limit stayed in place for VDOT surface mixes throughout most of the next decade.

Rut resistance was a high priority of the SHRP asphalt research and resulted in early Superpave mixes having coarse gradations and low binder contents.  These mixes were not well accepted by many Virginia municipalities or the private sector, which preferred the finer, higher RAP, pre-Superpave VDOT mixes. Therefore, many made modifications to the 1987 VDOT asphalt specifications (which permitted the higher RAP contents) to incorporate the new PG Binder system and Superpave gyratory mix design system.  Most Virginia’s asphalt producers were able to design mixes that met both the 1987 and Superpave requirements.

mixes did not perform well and made adjustments to their criteria to replicate the finer, higher binder content mixes of the pre-Superpave era. With the adoption of these new, finer mixes, VDOT also reduced mix design gyration levels to a single level and adopted a lab permeability test .  However, VDOT still stayed with the 20% maximum limit on RAP.

In 2007, the Virginia Asphalt Association (VAA) and VDOT agreed to explore the possibility of increasing RAP percentages to 30 and 35 percent without the requirement to use softer virgin asphalt binders not common in the Virginia market.  FHWA’s concerns that higher RAP percentages would lead to more brittle asphalt mixtures and shorten the life of the pavement proved to be unfounded as municipal and private sector high RAP mixes and VDOT’s high RAP pilot projects performed well.  VDOT was also able to achieve cost savings by incorporating higher percentages of RAP in their mixes instead of purchasing specialty binders.

VDOT and VAA continue to improve the guidelines and specifications concerning the use of RAP and are conducting joint research to increase allowable RAP percentages in mixes used on VDOT projects with the goal of producing asphalt mixes that provide superior performance – independent of the RAP percentage.  They also continue to monitor the municipal and private sector’s success with mixes containing up to 50% RAP and cost savings without jeopardizing long term performance.

VDOT Specifications allow surface and intermediate mixes, designated as SM or IM in VDOT contracts, to contain up to 30 percent RAP unless another percentage is specified elsewhere in the contract.  For base mixes – designated as BM, the allowable RAP percent is 35.  VDOT specifications regarding RAP in mixes can be found by clicking here.

Much research has been performed on RAP.  Some research has focused on the design of asphalt mixes using RAP, other research has concentrated on the field performance.  Virginia specific research includes:

National research has been performed under the guidance and direction of the National Highway Cooperative Research Program (NCHRP) and other research organizations.  The National Center for Asphalt Technology (NCAT) has completed several projects on the design and in-service performance of RAP mixes.  Some of the notable and recent research includes:

What does RAP processing mean?

How much RAP can I use?

What is the best way to manage RAP stockpiles?

The goals of RAP management should be to ensure consistency, eliminate contamination and minimize dust content of the RAP. Stockpiles should be tested frequently to assess consistency of gradations, asphalt content and specific gravity. Keeping track of how RAP processing, handling and stockpiling practices affect the consistency of the materials are key to identifying best practices.

Do RAP mixes have greater variability than virgin mixes?

Several studies have shown that well-managed RAP stockpiles have a more consistent gradation than virgin aggregate stockpiles. Therefore, using more RAP can reduce the variability of the mixture.

What savings can be achieved by using RAP?

While the savings realized by using RAP will vary based on percent RAP incorporated into the mix and current asphalt binder prices the cost saving are significant.  From an accounting perspective, RAP is worth the value of the material it replaces.

Can RAP be used to replace crushed stone for base and shoulder material?

Using RAP as a base material or for shoulder build-up does not utilize its full economic value.

What are other benefits of using RAP in asphalt mixtures?

The use of RAP conserves natural resources by reducing the amount of virgin materials required for a mixture and the energy required for extracting, processing and transporting these materials.

What kind of performance can I expect from high RAP mixtures?

Research shows that asphalt pavements made with recycled materials can perform the same as or better than those made with virgin materials.

For more information on RAP go to http://www.morerap.us/files/faq.pdf

Asphalt is used as a surface paving material for the roads, driveways, parking lots, sidewalks, and bike paths that people use every day. It is an especially good material for surface paving because placing a smooth layer of asphalt is possible and even more importantly, it is relatively inexpensive to lay but very durable.