Articles, illustrations, papers, and video of asphalt and how it improves Virginia’s roadways.

The benefits of using asphalt overlays for rehabilitation of Portland cement concrete (PCC) pavements are grounded in economics and long-term performance. The Federal Highway Administration (FHWA) reports that the U.S. has 108,603 lane miles of composite pavements (PCC overlaid with asphalt), which is nearly double the lane miles of PCC-surfaced pavements (FHWA 2015). That means that nearly two-thirds of the concrete pavements in the U.S. have been overlaid with asphalt. However, a persistent problem with asphalt overlays on PCC pavements is reflective cracking of joints and cracks through the asphalt overlays over time. Ultimately, reflective cracking leads to a shortened performance life of the overlay. Rather than removing the concrete, which can be costly to the owner agency and increase delay times for the traveling public, slab-fracturing techniques can be used prior to placement of an asphalt overlay to significantly reduce stress concentrations at concrete joints and cracks.

In 2016, the Virginia Department of Transportation (VDOT) executed a contract to reconstruct portions of Terminal Boulevard (SR 406) in Norfolk.  The work consisted of rubblizing the existing continuously reinforced concrete pavement and placing 6 in of asphalt mixture on top of the compacted rubblized concrete material.  The project limits were from the

The purpose of this study was to document the current condition of the rubblized and reconstructed pavement on Terminal Boulevard (SR 406) and to generate baseline pavement performance information.  Laboratory tests indicated that the asphalt mixtures used were expected to be rut resistant and resistant to non-load related cracking.  Field tests using a falling weight deflectometer showed that the pavement section is structurally strong with a low deflection.  AASHTOWare Pavement ME software showed a design life of 18 to 19 years for the pavement in terms of bottom-up fatigue cracking.  The analysis also predicted higher rutting than expected.  VDOT pavement management data showed an increase in roughness and rutting between 2017 and 2018, but the difference could be attributable to random variation from year-to-year testing.

The study recommends that the Virginia Transportation Research Council continue to monitor the performance of the rubblized pavement on SR 406 and report on its condition in approximately 3 and 5 years.  Any lessons learned during this time should be submitted to VDOT’s Hampton Roads District and VDOT’s Materials Division for review.

Stone matrix asphalt (SMA), also called stone mastic asphalt, is a durable and rut-resistant asphalt mixture that relies on stone-on-stone contact to offer strength and a rich mortar binder to provide durability (Hughes 1999). SMA was introduced into the United States in the early 1990s mainly through the efforts of a Technical Working Group established by the Federal Highway Administration. The first SMA project in the United States was constructed in Wisconsin in 1991. Ever since, SMA has gained popularity among highway agencies as a premium asphalt mixture to
enhance field performance and extend the life expectancy of asphalt pavements and overlays. However, SMA is generally more expensive than the conventional Superpave dense-graded mixture, mainly due to higher asphalt contents, requirements for more durable aggregates, and the inclusion of fibers as stabilizers. This study was undertaken to objectively and comprehensively quantify and compare the performance and life-cycle cost benefits of SMA versus those of polymer-modified Superpave dense-graded mixtures used on similar trafficked highways. To accomplish the objective, market analysis was first conducted to determine the current usage of SMA through surveys of state highway agencies (SHAs), state asphalt pavement associations (SAPAs), and knowledgeable individuals in the asphalt pavement industry. Performance analysis was then conducted to compare the long-term field performance of pavement sections with SMA and polymer-modified Superpave dense-graded mixtures. Information gathered from the market analysis and performance analysis was then used as inputs to compare the life-cycle cost between these two
mixtures. Finally, a comprehensive review of the literature was conducted to summarize the engineering properties and field performance of SMA. Results obtained from this study provide highway agencies with additional guidance regarding the use of SMA as a premium asphalt mixture. 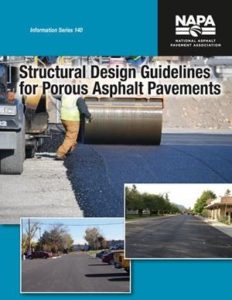 The current study evaluated the in-service performance of these mixtures after approximately 7 years and encompassed field visits and a laboratory investigation of a sample of 23 in-service pavements used in the initial laboratory evaluation. Cores were collected from each site and used to evaluate the binder and mixture properties. These data were compared to data from the original construction, when available, to assess the changes in the mixtures over time. Historical performance and maintenance data were also collected and evaluated to investigate the long-term performance characteristics of the sites.

Laboratory testing, including dynamic modulus determination, repeated load permanent deformation analysis, and extracted in field performance could be determined because of the underlying structural conditions. Individual locations were found to show better or worse pavement performance, but this was attributed primarily to structural differences in the pavements and preexisting conditions. Surface deterioration observed in numerous test sections included fatigue cracking, longitudinal cracking, transverse cracking, raveling, and potholes. Binder analysis indicated that depth within a layer (in this case, top half versus bottom half) significantly affects binder properties, with stiffness decreasing with depth. However, increasing RAP contents appeared to mitigate the differences between the top half and bottom half of layers, possibly because of the preexisting aged composition of the RAP and its influence on the virgin binder properties.

Evaluation of Revised Incentive Only Ride Specification for Asphalt Pavements 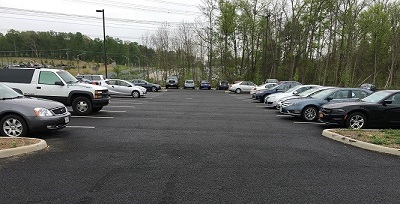 Abstract:
Recognizing the increasing emphasis on reducing stormwater runoff associated with transportation facilities and the changes in the Virginia Department of Environmental Quality’s Stormwater Management Program Permit Regulations, the Virginia Department of Transportation (VDOT) has taken the first step in examining ways in which permeable pavements can be used in place of conventional impervious pavement materials.

Like many departments of transportation, VDOT has minimal experience using permeable pavements of any type. As a consequence, many questions remain to be answered before VDOT can confidently use these types of pavements as stormwater best management practices in place of more commonly used stormwater control measures. The objective of this study was to develop a better understanding of how porous asphalt would perform when it is maintained using four different protocols: (1) no maintenance, (2) regenerative air vacuuming at 6-month intervals, (3) conventional vacuuming at 6-month intervals, and (4) regenerative air vacuuming at 12-month intervals. To meet these objectives, a Park & Ride facility operated by VDOT was paved with porous asphalt, maintained, and monitored for 4 years.

Although infiltration rates slowed substantially over the monitoring period, the lot continued to function as a stormwater best management practice (BMP) with an average infiltration rate approximately 12 times the required minimum of 10 in/hr. The different maintenance protocols tested did not have an effect on the rate of infiltration decline, indicating the reduction in permeability is likely not the result of sedimentation. It is estimated that the lot, constructed in 2013, will continue to function as an effective stormwater BMP until at least 2025 and will cost less than $1,500 per year to maintain.

Based on these findings, the study recommends that VDOT’s Location and Design Division continue to consider porous asphalt as a stormwater BMP option for Park & Ride facilities when deciding on the most cost-effective BMP based on site-specific conditions. Further, the study recommends that VDOT’s Materials Division oversee the formation of an advisory group to help determine in what settings porous asphalt can be used best by VDOT. This will help ensure that a comprehensive approach is taken when determining if porous asphalt could be used as a stormwater BMP in locations other than Park & Ride facilities.

A Comparison of the I-64 Rehabilitation

Over the life of a structure, maintenance and rehabilitation are required to maintain a minimum level of performance.  Pavements are no different 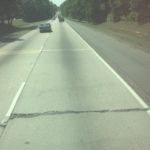 .  Asphalt surfaces must be renewed to restore ride quality and reduce noise levels.  Concrete surfaces require patching of the joints/cracks and grinding or overlay to restore the same functional attributes.  In the early 2000’s, the exposed concrete pavement on I-64 in the Richmond District and Hampton Roads Districts was badly deteriorated and in need of restorative maintenance (see picture of York County JRCP).  The concrete pavement joints had spalled and faulted; many of the joints had been replaced over the years and the concrete surface in the middle of the slabs had cracked and spalled. 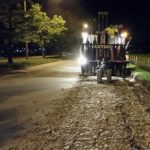 Terminal Blvd. serves as the main roadway for inbound and outbound container trucks traveling to Norfolk International Terminals – one of the busiest ports on the east coast – as well as a route to Naval Station Norfolk. Over time, high truck traffic has led to the deterioration of the 9-inch thick continuously reinforced concrete pavement. Asphalt and concrete patches, as well as asphalt overlays, had been used in the past to repair areas of failing pavement and correct settlement, but overall, the roadway was still in poor condition. 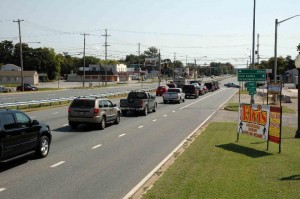 The intersection of U.S. 40 and MD 213 topped the list of “trouble spots” for the Maryland  State Highway Administration (SHA) network as early as 1993.  The high daily traffic count and the large percentage of truck traffic resulted in excessive pavement deformation which needed to be addressed once or twice a year at a great expense.  The Asphalt Industry was challenged to come up with a solution for the eastbound travel, passing and right-turn lanes of U.S. 40 at MD 213.

Motorists praise smooth commutes on I-264 after work

Tommy Nuttycombe started to avoid the Downtown Tunnel not because of traffic, but because of what lay beyond it.

The pavement on Interstate 264 in Norfolk was so full of craggy holes, bumps and rough edges that the retired brick salesman and Harley-Davidson rider didn’t trust it with his life.

Fear, hatred, disgust – the pavement on I-264 and nearby I-64 had for years inspired dark emotions among Hampton Roads motorists. But in recent weeks, a dreamy new coating of asphalt – the latest step in a year’s long process to rehabilitate the roads – has people turning downright affectionate.

ASPHALT PAVING: Driving on the roof 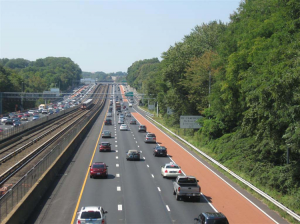 Just west of Washington, D.C., I-66 in Fairfax County, Va., is one of the busiest commuter routes in the country.

Between 162,000 and 178,000 vehicles per day travel on I-66—far greater traffic levels than were expected when the road opened to traffic in 1963. A major pavement-rehabilitation project in 2011 and 2012 turned the stretch of road from a nightmare to a dream, with a smoother, quieter ride. Stone-matrix asphalt (SMA), a premium surfacing material for high-volume roadways, played a starring role in the transformation. 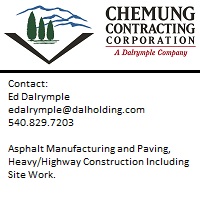 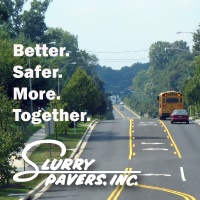