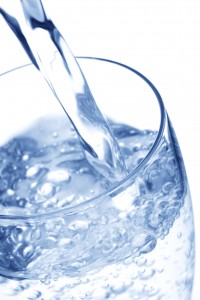 Porous asphalt offers a powerful tool in the toolbox for stormwater management.

In the natural environment, rainfall sinks into soil, filters through it, and eventually finds its way to streams, ponds, lakes, and underground aquifers. The built environment, by way of contrast, seals the surface. Rainwater and snowmelt become runoff which may contribute to flooding. Contaminants are washed from surfaces directly into waterways without undergoing the filtration that nature intended.

For these reasons, managing stormwater is a significant issue in land use planning and development. Stormwater management tools can serve to mitigate the impact of the built environment on natural hydrology. Unfortunately, however, they also can lead to unsound solutions such as cutting down stands of trees in order to build detention ponds.

A typical porous pavement has an open-graded surface over an underlying stone recharge bed. The water drains through the porous asphalt and into the stone bed, then, slowly, infiltrates into the soil. If contaminants were on the surface at the time of the storm, they are swept along with the rainfall through the stone bed. From there they infiltrate into the sub-base so that they are subjected to the natural processes that cleanse water.

Construction and performance
Porous asphalt pavements are fast and easy to construct. With the proper information, most asphalt plants can easily prepare the mix and general paving contractors can install it.

The stone bed, often eighteen to thirty-six inches in depth, provides a tremendous subbase for the pavement. As a result, porous asphalt pavements tend not to exhibit cracking and pothole formation problems. The surface wears well. Under the stone bed is a geotextile which keeps fine particles from moving into the stone bed from below and filling in the spaces.

Porous asphalt has been proven to last for decades, even in extreme climates, and even in areas with many freeze-thaw cycles.

The underlying stone bed can also provide stormwater management for adjacent impervious areas such as roofs and roads. To achieve this, stormwater is conveyed directly into the stone bed, where perforated pipes distribute the water evenly.

Porous pavement is a sound choice on economics alone. A porous asphalt pavement surface costs approximately the same as conventional asphalt. Because porous pavement is designed to “fit into” the topography of a site, there is generally less earthwork. The underlying stone bed is usually more expensive than a conventional compacted sub-base, but this cost difference is offset by eliminating the detention basin and other components of stormwater management systems. On projects where unit costs have been compared, the porous pavement has been the less expensive option. Porous pavements are therefore attractive on both environmental and economic grounds.

Contaminants on the surface of pavements tend to become part of runoff, but with a porous pavement, they are washed into the stone bed. From there they flow down into the soil, where beneficial bacteria and other natural processes cleanse them. Data are limited, but indicate a very high removal rate for total suspended solids, metals, and oil and grease.

Figure 1 shows the effect of a porous asphalt pavement on the hydrology of a developed site.

Porous asphalt pavements have been shown to mitigate the urban heat island effect. Open-graded asphalt roads and highways—which use the same surface material as porous parking lots—have been shown to lower nighttime surface temperatures as compared to impervious pavements. In at least one city, the hottest heat signature is at the airport, with its thick, dense, impervious runways.

Comparisons to other asphalt pavements

The surface of a porous asphalt pavement wears well. While slightly coarser than some pavements, it is attractive and acceptable. Most people driving or walking on the pavement will not notice (or believe) that it is porous.

Variations on the theme

Porous asphalt can be used successfully in parking lots, walkways, and playgrounds. Several current suburban projects are exploring its use in subdivision roads. A few porous highways and city streets have been constructed, both in the U.S. and in Europe, and have performed well.

The open-graded asphalt surface used for porous pavements has been used extensively to surface high-volume highways that carry heavy trucks. Its benefits include noise reduction, a decrease in splash and spray kicked up by vehicles in heavy downpours, and mitigation of the urban heat island effect.