The production and placement of asphalt pavements 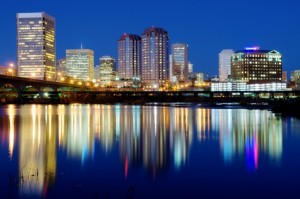 consumes less fuel and produces lower levels of greenhouse gases. According to a recent study, asphalt pavements require about 20 percent less energy to produce and construct than other pavements.  Less fuel consumption means less production of carbon dioxide and other greenhouse gases.

Between 1970 and 1999, the asphalt industry decreased total emissions from plants by 97 percent while increasing production by 250 percent.  Emissions from asphalt plants are so low, the EPA considers them as only minor sources of industrial pollution.

Warm-mix asphalt is another way the asphalt industry is working to reduce environmental impacts. Typically, asphalt paving temperatures are in the range of 280 to 320°F. Warm-mix technologies offer ways to lower these temperatures by 50°F or more, saving fuel and reducing production of greenhouse gases and other emissions. Working in cooperation with the Federal Highway Administration, state Departments of Transportation, and other key stakeholders, implementation of warm-mix asphalt technologies is rapidly gaining ground across the country.

When traffic backs up, cars and trucks consume fuel 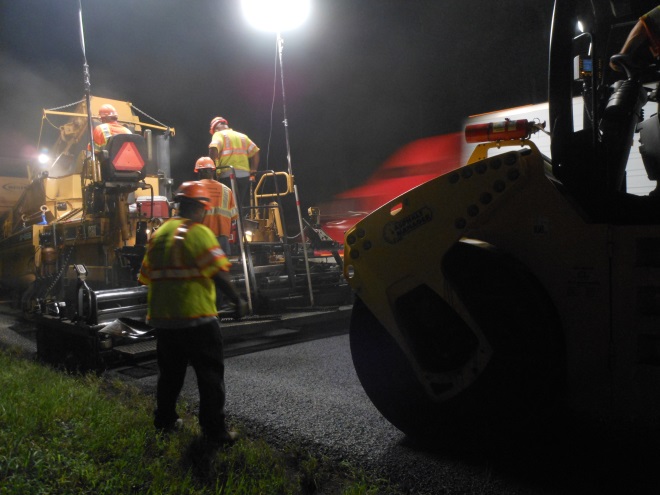 unnecessarily and produce excess emissions. One way to reduce both fuel consumption and emissions is to keep traffic moving along. Asphalt’s speed of construction allows planners and managers a way to fix congestion hot spots and bottlenecks, quickly and cost-effectively—often, all the work can be done at off-peak hours, so that the morning and evening commutes go smoothly. Because a newly rehabilitated asphalt road can be opened for traffic as soon as it has been compacted and cooled, keeping lanes coned off for curing is not necessary.

The urban heat island (UHI) effect—the phenomenon that makes cities 2° to 10°F warmer than nearby rural areas on a hot summer day—is not a black and white issue. Many factors contribute to heat retention in urban areas. And, many strategies for reducing the UHI effect are being explored.

Because pavements cover a large percentage of urban areas, and because improvements to pavements occur more frequently than improvements to buildings, pavement-related strategies for cooling off the city core are of interest.

Some attention has been given to the idea of making pavements more reflective, on the theory that a lighter-colored or more reflective surface may keep things cooler. But on closer look, it is seen that many factors other than color and reflectivity—including pavement thickness and the type of surface used—can influence the way a pavement retains, radiates, and/or releases heat. When and how heat is released is also important.

Porous asphalt pavements have been shown to lower nighttime surface temperatures as compared to other pavements. 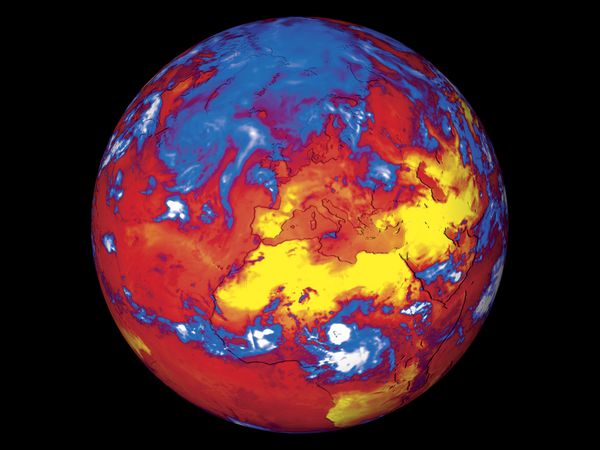 over Phoenix, Arizona shows that a freeway resurfaced with open-graded asphalt is actually cooler at night than nearby freeways without the asphalt surface. Also influencing the cooling of pavements is the presence of sound walls (which can trap heat), vegetation cover on the adjacent landscape, whether the pavements are at or below grade, and the thickness of the pavement itself. In the same ASTER image, the hottest heat signature is at the airport, where the impervious runways are 23 inches thick.